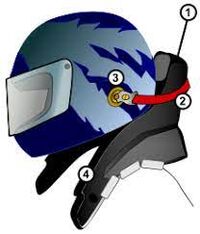 HANS Device - type of head restraint used by motorsport drivers to minimise serious skull and neck injuries [HANS - acronym for Head And Neck Support] The HANS device emerged out of F1 design due to the sharp rise in fatal basilar skull fractures. 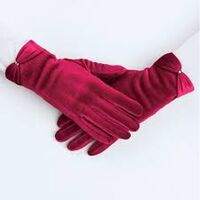 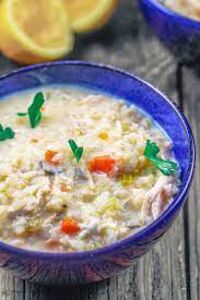 AVGOLEMONO [av-goal-LEM-ehn-oh] - family of Greek soup and sauces based on a blend of egg and lemon [Literally egg-lemon] Popular in Jewish cuisine as well, avgolemono is divine when drizzled over artichokes. 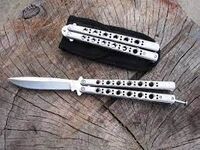 SHAWABTI - a figurine placed in an ancient egyptian tomb to serve as a slave for the soul in the afterlife. [From Egyptian šw'bt(y) - answerer] Egyptian faith in the afterlife extended to the enforced labour of a carven shawabti.

TABIYA [tah-BEE-ah] - common configuration of pieces within a chess game's early phase, from which moves can then begin to enter less standardised territory [From Arabic - arrangement] A chess game only truly begins in the phase lying beyond the tabiya. 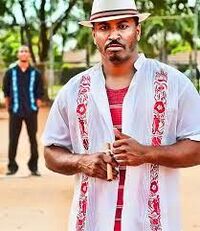 PAILLARD [PAY-lyarh] - slice of meat (usually beef or veal) that's pounded and grilled. [From Paillard, late 19th century French restaurateur] The paillard is better known as an escalope in Paris, or a pulverised patty in Pascoe Vale.

NEMESISM - self-criticism; self-hostility; sabotage of one's own desires [Coined by US psychologist Dr Saul Rosenzweig, after the Greek god of vengeance.] Nemesism is flipside of narcissism. 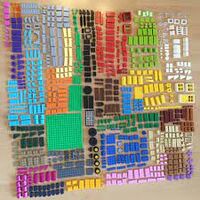 KNOLLING - Lego slang for the pre-build arrangement of pieces according to their shape, colour or function. [Knoll - the small hill - stems from Danish knold (hillock; clod; tuber)] Knolling is also a wise IKEA strategy. 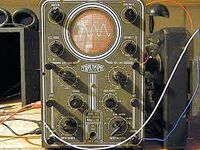 WOBBULATOR - an electronic device used to align frequency strips; a key component of any FM circuit [Source-wise, a playful cousin of modulator] For true tech cred, the wobbulator is also known as a sweep generator. 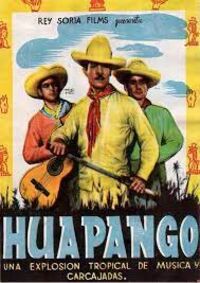 HUAPANGO [hwah-PAN-go] - fast-stepping Mexican dance typically performed on a wooden floor to accentuate the cadence of heel- and toe-taps [Named after a town in Veracruz state] If it takes two to tango, it takes plenty of percussive soles to huapango.

POU STO [pooh-STOW] - the basis of an operation; a place to stand [Literally Greek 'where I may stand', alluding Archimedes saying, "Give me where I may stand and I will move the whole world with my steelyard."] A book-crammed backroom is the pou sto of my verbal output. 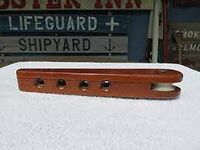 EUPHROE - eyed, wooden slat used to support a sail or awning [Dutch juffrouw maiden,  a corruption of Jungfrau in German] A general awning warning if a storm is dawning: reinforce thy euphroes!

FACHIDIOT [German] - an expert in one field, but ignoramus in other; one-track specialist [Literally subject-fool] Brainstorming among diverse thinkers will avoid the blinkered pitfalls of the fachidiot. 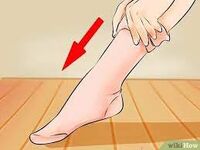 FLYPE - a fold or flap (of cloth); a knot rotated 180 degrees (in knot theory); to turn a sock or stocking inside-out in order to put it on [Middle English flipen - linked to Icelandic, flipi - the lip of a horse]