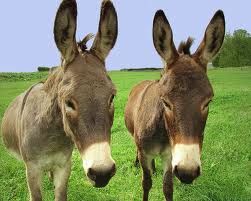 We was no longer WE in our latest storm, but midweek, or welcome outsiders, or central powers. And we had fun too, cooking up phrases that rendered two letters only. Such as One Wheel’s fingertips (FR), or PRS’s loner (LR), or Opehlia’s picked the eyes out of Iris – RS.

With a prize up for grabs – The Dictionary of One-Letter Words by Craig Conley – I sweated long and hard to pick the best short and pithy. Some players neglected to nominate their final three, which had them out of the running. Others chose genuine gold, but not necessarily three golds. Among the best were:

IN = assassin knocking off Jenny and Jack [Once you know donkeys can be called jack or jenny, then Boniface’s gag kicks in]

UU = conversational use [RK puts her musical ear to good use]

But the two best – creating a two-way tie at the top – were these:

WO = like a fish without a bicycle [As a early 80s grad, amid flagrant bra-conflagration, I swooned over Lucasta’s contrivance]

So it is we go to an (like that – all twos?!) umpire’s decision. With no single winner – who gets the one one-letter book? After SK’s multiple coups, and a book prize already on the shelf, that lucky so-and-so is Lucasta.

Congratz, and thanks to all inventors. Some nifty creations that could well surface as a gotcha somewhere down the cryptic track. If not, then treat this Gallery of Fame as the Tate of Twos. So Lucasta, forward a snail mail address through the Email option, and look for more mischief next week. On we go – yo-ho-ho.