A Podium of Medals 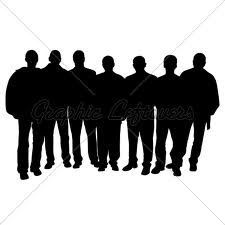 Our collective Storm elicited a bonfire of posts. A dozen players took up the challenge, from Herd to Set, creating such wonders as a call centre of badgers, or a ha of solvers (one of my faves). But the business end turned messy, perhaps due to my haywire of instructions, or the sheer volume of classy entries. As a group, you really did excel in our break from the cryptic.

In fact, like few other ballots in the past, there is no outright winner, with a cell of Stormers clustered at the upper stratum. As Gaggle, I missed my chance to submit a final seven, and therefore vote, though I’d be happy to endorse any of this week’s winners.

Not to mention so many other zingers – like School’s rotor of helicopter parents, Cloud’s futility of leaf blowers, Pod’s swank of metrosexuals and Murder’s magnificent girt of Australians. As it was, these groupies surged:

EQUAL FIFTH is Pod (6 points, 2 votes) for a brood of crossword solvers – and, um, Pod again (6/3), for a Warhol of reality contestants. Both assemblies of repute.

FOURTH is Cloud (7/3) for an irreverence of Australians. What’s that Cumulus, you havin a go?! Rightio, you, me, outside, now.

BRONZE is Set (8/3) for a delusion of Facebook friends. (Just don’t tell my daughter. She reckons she can all 312 in her coterie.)

TIED FOR GOLD are Murder (9/3) for a puck of bustards, reviving venery jargon with a modern twist. And Shrewdness (9/5) for a furrow of crossword solvers – extending ag into aggravation.

A tough task to decree one winner, but Shrewdness does the business for two reasons. One, had I been eligible to vote, I’d allocated some love to furrow. And two, despite the tally logjam, furrow attracted a greater number of admirers.

So, in the hope that Murder will not hold good on their promise, I congratulate Shrewdness on his/her acumen – let me know your ID and snail mail. And a garland of thanks to every single one of you for the collective fun. Look for a new brand of crypticity on Tuesday.