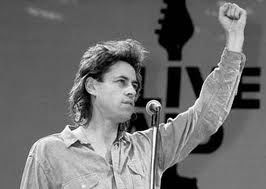 A mellow Storm, but that’s no bad thing. Sometimes we need a little slack, either from creating or adjudicating. The challenge was to compose an ABAB quatrain – in Elizabethan manner – to précis a piece of modern history, a tribute to Amy Burvall who’s doing the opposite – revisiting antiquity via pop.

PRS took history into his own hands, narrating the Christchurch quake (he only just escaped) and some SBS gameshow. AG took a turn for the Nostradaman, with every decade laden with fill-the-blank corpses. Mr X trespassed the caucus room, Robskee occupied the grassy knoll and Sea of Tranquillity in one neat pivot, while Mauve pushed the envelope with all sorts of ABBBABBAA variations.

Though the podium had room for three poets only. In order of merit, from bronze to bragging rights: RV collects their maiden Storm bling, reliving That Ball in lyrical fashion:

With a neat metre, and seamless rhyme, JD catapults us back to Wembley Stadium:

Top dog this week is Mauve – fresh from his Loroso glory – with a witty, pithy analysis of social media:

Thanks for the doggerels, hepcats. And see if we can’t take a engender a wilder tempest next Tuesday. Till then, if not before.