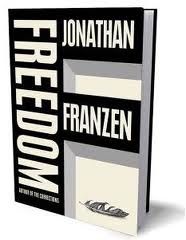 With Melbourne Writers Festival looming – check out the programme and you’ll find my two emcee events – the season feels right to dabble in the library. Our goal is to build a shortlist of authors, shortened by the intials of their respective books. This year’s keynote, say, is Jonathan Franzen, who for this diversion would appear as Jonathan Ranzen, the initial of his latest novel, Freedom, being lopped. Closer to home, Thea Astley – my Clayton’s aunt – might be Hea Stley (The Acolyte).

See if you can solve this next bunch, where the removed letters keep their sequence with the literary title in question. And then try to stump us with your own. (The pick may end up as an extended puzzle in Victorian Writers mag – a longer shortened shortlist.)

Feel free to blab titles in the Comments. And extend the list, if you can!