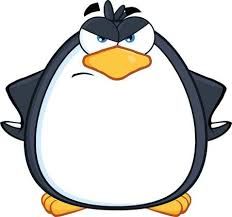 Before the chocolate bilby hits town, here are the results of last week's stage-name spectacle. All up the Storm drew some 50 entries, with players crafting clues based on both birth name and alias of notable showfolk etc.

To give you an example, I'd filed under Mal X the pairing of WOLVERINE/LOGAN:

But that was peanuts compared to the heavy hitters. Don't believe me, you be the judge of my judgments below:

First, to jpr's point of no codenames. I take your point in general Storming, jpr, but when a prize is up for grabs, I'm happier as umpire to remove any player bias.

Second, adding the clue's mechanics is a major help, especially when the wordplay is convoluted as executed by several podium players.

A special mention to Mr F for using the alternate letters of a berry-chocolate (AERCOCAE). Quite the feat in engineering. But the top three clues. Here they are in order of increasing wattage:

To celebrate Mr Smith's coup, I'll send Tough & Tougher Crosswords by Karen Tracy & Byron Walden, just as soon as I eat enough bilbies, and learn of the winner's snail mail. Thanks to all players who strutted the stage, incognito.