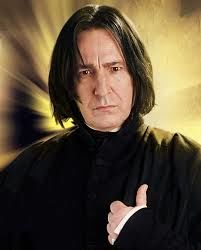 Now and then a Storm appears that makes the most of ‘now and then’, and all those other signposts for alternate clues: occasionally, oddly, evens out, losing seconds, off and on. You get the hang. Alternate clues make strings out of every even (or odd) letter in a word or phrase. If you want to see some fine examples, read on.

We had seven cluesmiths competing, with each player ranking merit points in my final tally. Voided made me see BOAT hiding in BUOYANT, just as Bifidus Regularis revealed FIT in FAINT. I loved the ambition of Guerre Acrid, who contrived to pack RIESLING into a Rhine story, and felt Rococo’s AFL CHAMPION NEED was a just one small smidge unfair, where the odds of each word – not the phrase – render AL CAPONE.)

Nepalese local is as odd as the European = SHERPA [Qetuo gets bronze for a nifty multinational stunt, perhaps with a redundant ‘as’, but still mighty classy.]

For fitness, train at regular intervals and fast = INSTANT [On any other day, Syzygy would seize the prize with this streamlined piece of splendour. It reads like a dream. The signpost is such a snug fit too, out of the mouths of gym junkies.]

Wizard at using Apple (ALT-DELETE) = SNAPE [But after gnashing and gnawing, I couldn’t resist the freshness of Sex v Tennis’s clue, one which borrows on zeitgeist twice, with magic and Macintosh, and a brilliant signpost.]

So thanks for the alternation, all players. The formula can be a brute to compose, as the grammar seems so finite and rigid, yet all week we hit that myth for six. As Either/Or, my own modest musings would have been pummelled by the podium trio. Great gathering.