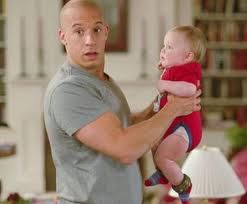 Still not sure if this week’s alternate game was a Birdbrain or a Storm, but we had some fun nonetheless, with 70 entries turning Neptune into Keating, or uploading Mistake MySpace.

For the record, we still have a handful of clues yet to solve, including Boniface’s intriguing combo: Anax in hiatus. Or is HERNIATED DEAN MAYER the gag? Sounds painful, and not a fate I wish on any setter.

But enough patter – let’s get down to the doubles that matter. Among the welter of excellent clues I picked nine gems for us to celebrate, including a late entry from the philanthropic Sam (the man to make a Master List), which needed solving to appreciate. In order of appearance, the best:

Obama on a mission = CRUSADING PRESIDENT (Or COMMUNIST MORMONISM, as Nib suggested. But RK’s snapshot of Capitol Hill sealed her alternate mastery.)

Let’s call it ‘iSnack2.0’ = REDEFINE VEGEMITE (Guess who? Yep, with another killer clue.)

The Farmer Wants a Wife? = BACHELOR BUCKEROO (Always impressed when a common phrase or title can be skewed into a clue. Bravo Sam.)

Nine bell-ringers, with one camponoligist the clear winner. Buxom kudos, RK, and well done in the Alternate hellhole all players. A new Storm next week, with an Archibald announcement in the interim: the pick of Picture Puzzles. Have a chocoholic and easeful Easter.