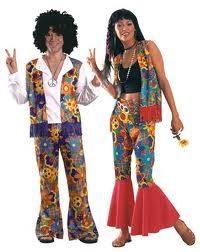 Feeling lazy as a solver, I may second-guess an answer, going purely off the letter spread. Late in my dash to complete one hundred Times crosswords, for example, I fell upon this letter pattern:

The answer just had to be ELEPHANT, I knew. So I glanced at the clue to see if they took the Jumbo tack, or ‘the panel’ anagram, or tried some other tangent, when I realised there was no elephant to be seen. Since the answer, I later figured, was FLIPPANT.

FLIPPANT or ELEPHANT
COMPLETE or CODPIECE
SLINGSHOT or BLIND SPOT…

The world of alternative answers started to spin and shimmer. And leads us to this week’s Storm. What’s the funniest, freshest, freakiest pair you can find, where one word (or phrase) matches the same odd (or even) letters as another?

PATERNAL and MATERNAL are old hat. While LEARNING and YEARNING are hohum, since the letter discrepancy is only the initial. Instead, try to find pairs where every alternate letter differs from its mate, like CUTLASS/PUBLISH or better still, MASCULINE and BARCELONA. Names are fine. Odds or evens – your choice.

Size matters. Let’s aim for seven letters plus, and to add a touch of spice and solving to our Storm, what say we provide your discoveries as mini-puzzles? Here’s my last example, as a submission:

Or another: Reflected monkey – MM (8)

This may get messy, but should be fun. Let’s number as we go to keep track of pairs, and present them in that clue/initial/number format for kinder solving. And blab the answers as we roll, with no call for spoiler alerts.

To make juding the cream easier, we may need to pick our top creations by late Thursday, and present them as clean pairs. However it PANS OUT (MASSEUR), let’s try the alternate lifestyle.