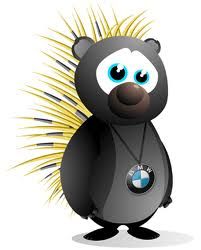 Hands up if you’re addicted to Words With Friends? So far I’ve resisted the urge – largely due to the hobby merging too closely with my day-job. Having said that, I’ve been toying with a new plaything available at the iStore called Words Deluxe.

Shaped around a Target-like scramble of 9-letter words, from PORCUPINE to NIGHTMARE, the game is about speed and composure, finding the mojo to snap up the biggun, and other lengthy specimens before the clock crashes the party.

(So far, the only nine to blot the copybook is a blend of DAMTAILOR. You got it yet?)

The chief designer is Roberto Parlavecchio. Not sure if he’s the hepcat responsible for the chilled jazz soundtrack, but the four varying modes of Casual, Challenge, Mad Minute and Two Player work well. The damage is a meagre $2 – cheaper than iced water at The Ivy – and the diversion potential is unlimited.

What about you lot? Any apps keeping your wordy selves happy? Or maybe the gizmo has zip to do with verbs and maladroit – your answer. No matter – share your app-robations here.