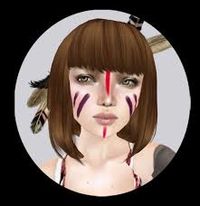 Reading back over the last two WoWs - phedinkus and eucatastrophe - you'll notice a pattern emerging. Both words arise from well-known novelists, as well as a fine lexicon called Authorisms by Paul Dickson, a collection of words wrought by writers.

This week's Brainstorm sticks to the theme. Each pairing below is a word coupled with its literary creator, and our challenge is to clue both. War paint, say, was coined by US author James Fenimore Cooper. If you pick that pair, you'll need to conjure clues for both, supply a definition for the coinage only.

Dig the game? Ready for battle? Let's see who can craft the classiest duo, turning both word and writer into the wondrous.