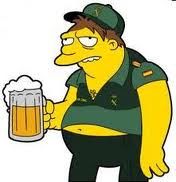 How’s your ear for other languages? Mine should be better, but I still flounder trying to separate Danish from Swedish, or Tamil from Hindi. If you possess such powers, then make the most of your three lifelines and try this brilliant quiz. My best score is 650 so far. So far… What’s yours?

As for English, one reason for its treachery is the spate of silent letters. This silent alphabet captures the peril in one neat box, with the Scottish tongue saving the day for Q and V. Or can you find better examples?

West Wing-nuts may recognise the US political slang, compiled here by The New York Times. Or maybe those who followed our own political race noticed a creeping US flavour to our stump speeches – like stump speeches.

From Ozwords, a sampling of recent Australian polly-talk. Care to clue any?

Harry Potter fans will know the JK style well. And so too did a piece of software, unmasking Rowling as being Robert Galbraith, the author of The Cuckoo’s Calling. If I ever tried anon on the puzzle page, I’d have to avoid my pet words: model, Spooner, retro… (What words betray your authorship, or those of others?)

Last up, a food fad in Boston and New York has coined a new word. The snack combining the elegance of a French patisserie with the palate of a Barney Gumble, making way for this bad boy. (What other food portmanteaux could spell a comical new word?)

See any other word stuff online, or elsewhere – let us know for Babble 3.