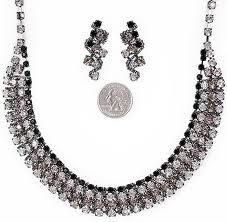 Hip, hip….I’m back on air, and finally smiling. Thanks for patience during this blackout, where Telstra did its best impression of a lethargic janitor getting around to fixing a dripping tap, four days after the plink-plink was reported. Time to move on, and celebrate that Storm from so long back:

Boy oh boy, did we make some merry hell with repeater words. The contest drew 100-plus entries, including such promising newbies as DM and Crucifer. We also saw Mr X toy with an imagined repeater grid. (Be careful X – as madness lies that way.)

Just a note before I roll out the best. The new Storm custom is to self-select your best stuff before the usual late Thursday deadline, just to streamline the judging side of things. We also have a Popular Choice ritual, where all players rank their own top three from the Storm.

So, to prove your creations were far from so-so, the shortlist, and winners:

TOM-TOM: Drum combined with [MAJOR MAJOR] features in two Bowie hits. [Kudos to Mr X for taking the meta-theme tack. Look for a DA double-theme in 2012, I hunch.]

PAWPAW: It’s a soft, slippery fruit – use two hands [Rufus-like in its sweetness, as styled by Boniface.]

NANA: She takes two short naps [Criseyde has fun with Granny siestas, though this still needs moulding to make the &lit tighter: She has more than one nap, quietly dropping off!]

SING SING: Two-timing snitch in jail [Splendid surface from LR, with a deft repeater signpost as well. Very close to the chocolates.]

Proving SK’s win in the preceding Storm was no fluke. The globe-trotting man of mystery is in rare form and needs to be overhauled, I suggest. (Or perhaps you preferred other clues, some not even listed here – then tell us your own top three.) New Storm next week, with some puzzle play in between.