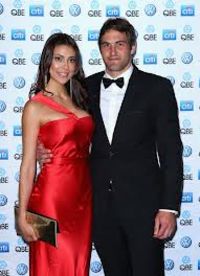 Roll out the carpet. Pick out the tux. Pop the Berocca. It's time to tweak those Brownlow Boys - crafting clues for some of the top vote-getters in the 2014 season. No call for definition, of course, just some sleek wordplay to catch the umpire's attention.

Here's the list below. Do your worst. (And may the best team do the Goodes on Saturday too. Or at the very least, let's hope for a nail-chewer.) Go crazy: