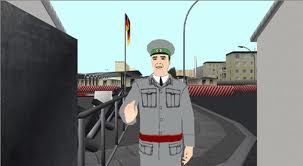 Three bits of wordy business to announce – two plugs and a word quandary. The first applies to anyone with a footy gene in their DNA, and by football I mean the AFL.

So if a high-flying bomber suggests James Hird in his heyday, rather than a radical with nitro in his carry-on, then Football Almanac is your kinda lair. At the same site you’ll also find my Clue of the Round. Just a few weeks old, the puzzle is open to all comers, with no prizes, but total glory. There’s one to unravel every week. And the Almanac link (right) is now a fixture.

Second, in case you missed the first hearing, I’m confessing my crossword dependency on Radio National this Saturday at 3.45. The show is called Lingua Franca, and the piece is the abridged Meanjin essay I wrote in 2009, the seed that germinated into Puzzled. And yes, a podcast is possible.

Third, a word challenge. A blog visitor called Izzy Perko (his real name, he swears), has asked a curious question. Over to you Izzy:

I’ve invented a word for a passion of mine, the study of borders and frontiers. It is Grenzology and on my business card I have” Izzy Perko, Grenzologist” . It’s from “grenze” the German word for border, as I have seen enough signs near the( East) German border saying “Achtung ! Grenze !” . Do you know of any other term for a border nut like me? Love you to investigate if possible.

And please, I don’t want to hear about borderline sociopaths. This is a genuine question from a lovely bloke. What word/s can we offer him?