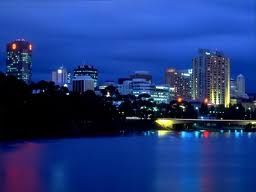 Loved this Storm. A great bunch of clues from a good throng of players, and I can promise you that tears will be spilt before bedtime, since I had to choose between fine and fine more than once.

Ah well, such is the gravitas of office, and I bore my cryptic duties with honour, as you would expect. A wry grin too, since so many clues took wild directions and fresh tacks, creating a sprawl of sublime images. Enough preamble, buster. Get down to the nutty bolters:

ADELAIDE: Media led Assange back into hiding [SK dazzles with newsy, and shares the podium with..]

ADELAIDE: One phoned reverse charge finally […LR. So silken and seamless. Closely followed by Boniface, a super clue that was marginally tarnished by a surplus ‘a’. Liked Mauve’s baddies as well, and JD’s deadly stout.]

BRISBANE: Destructive rains ebb [Newsy again, Mr SK. Though ‘Devastating’ would be a fairer signpost. Can I fudge again? Bugger it. Another gold to…]

BRISBANE: Ripped abs entering ocean […LR again! Sense a pattern? This is so Coolangatta, it had to be gold as well. Also like JPR’s befuddlement.]

CANBERRA: Re a carbon tax, nothing’s exempt [Contemporary, and the best reductive anagram of the week. A gem, by the same LR. Applause too for JD’s drunk Crean and RK’s preserved fruit. Alas, SK needed to rely on the bogan voice for a whip-smart spoonerism to work.]

DARWIN: Half of meal contained raw ingredients [RK must have been hungry composing her clues. Another food angle, this one excellent. A shout for Boniface’s gout as well.]

HOBART: Ban smoking outside [So good, it almost sounds plausible, and a typical Tassie campaign from SK. Equally as hot, was…]

MELBOURNE: I held joint wanting place for ash [How well does RK’s clue work, once you unpick its pieces? Love the super subtle use of ‘wanting’ too. Credit as well to Mauve’s omelet and JD’s comedy duo.]

PERTH: The PR spin on Swan [Can SK lift his head from today’s news. Another zeitgeist zinger. And an admiring glace at Rupert’s saucy hothead.]

SYDNEY: Too wise, we hear, to get caught up in loose ends [Toughest town to clue, but SK – a clear Storm winner – makes the hard look like handicraft. Two rousing cheers for DC’s Disney as well.]

Just to be diligent, with three points for star billing, and a point for hearty mention: the tally goes this way: SK (15), LR (9), RK (7), Boniface (5), with JD a clear fifth ahead of Mauve and Rupert. Congratulations all citizens. As for the Renaming Game, let’s call it even, and toast the towns of Poliopolis, Tropicana, RumCorpInc, Brevilled (inbred ville) and Pompo City – to name five eye-catchers.