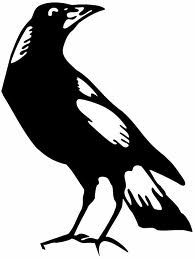 Two chances of a chequered nature this week. Your first is the usual quest to complete six straight Times puzzles, from 9076 to 9081, as appearing in The Australian. By my reckoning, Boniface is sailing on 19 straight, while RK, Anthony and I begin the chase on one. (Would I be right?)

Your second opportunity to join the scrimmage is an ad-hoc gathering of DA Trippers, and general crossword tragics, this Saturday in Melbourne. The meeting point is Arcadia, a cafe located at 193 Gertrude Street, Collingwood, at 10am. The powwow’s purpose is a mutual solving session of my weekend puzzle in The Age, plus the chance to meet some fellow cruciverbals over coffee and Danish.

While I realise most Dabblers on this site are non-Melbourne citizens, I thought I’d put the invite on the airwaves nonetheless. Just to spice the recipe, an RMIT film crew will also be attending, hoping to kick-start a doco on this black-and-white subculture. And I don’t mean the blasted magpies.