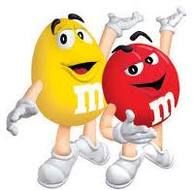 Less a storm than a pensive drizzle, which has always been my experience of religious instruction…

The Mary Mac Challenge attracted some 20 entries, from Mr X’s Canon-ising of printers to DK’s Mary Potter & the Seven Deadly Sins. We had Mauve playing Vatican mole, as JPR took a swing at MYKI – one part of a neat anagram, while philth lived up to his/her name with talk of missionary positions at the Australian Sex Party.

But after consultation with my cardinals, five pious promos were duly anointed: