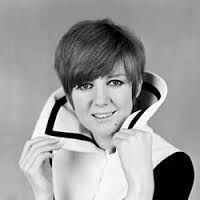 Trivia gem: the late singer Cilla Black was born Cilla White. She only changed her stage name owing to a newspaper slip-up. Which probably makes her history's only vocalist who owes her name to a typo, of sorts. Probably.

The bungle has inspired today's skylarking - this week's Friday Folly. What other names could have been altered by subeditor, becoming their opposite? And if such a blunder had occured, what new fate (or career twist) would await the luminary involved? For example:

Feel free to toy with first names, both names, or combinations. I'll aim to have a go from Bendigo too. Have fun.