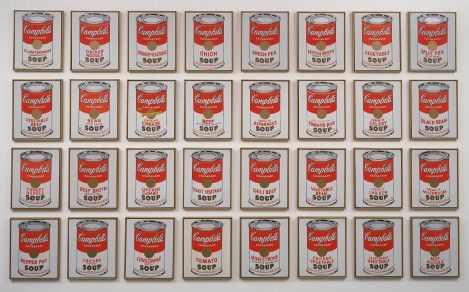 Folly time - a playful reward for such serious monkeying. (Congratz to Ray and Sam - alias Ronald & Extra Pickles - for scooping Wordburger. And a major huzzah for Jon whose brainteasers powered our Clayton's storm all week.)

So what's the game? When I realised Andy Warhol made an OPUS of SOUP, I began musing of other people, and places, and products, that could make equivalent claims to fame, using anagrams or other manipulations.

I'll show you what I mean:

Philip Glass - the man who made us LISTEN to SILENT

Christian Dior - the designer to put ESCORT into CORSET

Bill Leak - the man to find ART in CARTOONING

Adele - the pop star who MADE LEADING her own

Got the gimmick? Think word magic as motto. Feel free to pick a product too, a time in history, perhaps a location. So long as you apply a literal tweak to your claim. Enjoy the diversion after all the week's wondrous perversion.