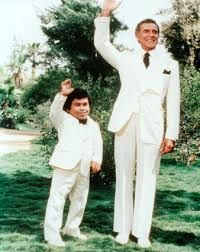 Big thanks to DC - a regular surfer on the DA website - for salvaging last week's lost post, which reappears below. The problem owed to a quirk in the blog's uploading system, but at least the first batch of brilliant clues has been saved, as well as the original comments attached. All the easier to savour how their wordplay worked, leading to the answers published in Clues of Repute 51, below. Thanks again, DC.

4. Creator of Fantasy Island comic, according to Spooner (6,5) [Puck]