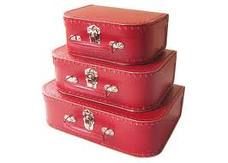 Celebrity has a powerful pull. While directing our last Storm towards an open brief, daring you lot to find hidden words in titles or names, most of us aimed at names. Actors. Pollies. Sports heroes. One exception was newcomer Boniface, who dwelt on a books and films, and warrants his own medal for being independent.

Two other special mentions – PRS for showing us the 3 Faces of Ted Baillieu, and xobhcnul for summarising the seven High Court judges. Though in the end, appraising over 70 entries, I have drafted a countdown, from 10 to 1 of kickass contraband. Read them, from left to right, as you travel down, and see how crafty we became at finding the smuggled goods:

So congratz all round for finding the hidden parcels borne by some famous names. And look for a minor snowstrorm next week, before Santa hits town.