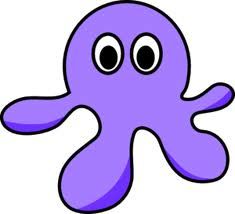 As you would predict, this week’s divination storm showed some extra perception, with a landslide result in the set menu, and a merry squabble in the Wiki list. Let’s put away the tea leaves, the old shoes, the German octopus, and get down to see who won the good doctor’s book: Johnson’s Reliquary of Rediscovered Words.

TYROMANCY = It’s a cheesy way of seeing things, yes – for starters, it sounds lovey-dovey? [Astralia does a Paulish thing, making up a word, like Paulish, earning 9 points from 5 votes.]

SCARPOMANCY = Intervention due to Slipper’s misuse of company cars [Sublime clue. Not only the predestined anagram, but inspired enlistment of Slipper is far too good. This scored Psychic Sidekick a staggering 20/7.]

OMPHALOMANCY = Only a macho PM mocks navel gazing [Magus is masterful in the Wiki leg, boasting a 12/5 return.]

My waters tell me the true identity of our winner is a tall, dark, handsome recidivist, and not the first time he’s plundered a book from my library. But how can anyone dispute the calibre of his two podium clues? Please confirm your ID (and address in the winner’s case), and thanks for the exquisite scrying one & all.