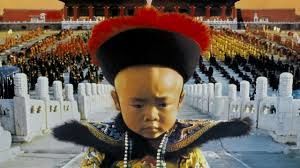 Trawling through some old Wordwit puzzles this week when I came across a forgotten formula. It’s a gimmick that involves actors and directors (or writers, singers and bands), and their works – the ideal dabble for a Friday Folly.

Peter O'Toole was one example in the old puzzle – and his film, The Last Emperor. Strike out those three initials, in order, you reduce the actor to PEER OTOO. Just as PETER TEMPLE could be PEER TEMPLE – or PETER EMPLE – to denote his novel, Truth.

Got the gimmick? Don’t forget – sequencing is important. NAOMI WATTS may well star in The Impossible, but it’s impossible to remove TI from her name, in that order.

OK then – can you entitle these good people – and create your own examples? Remember to give byline and number, to help keep track of our catalogue.