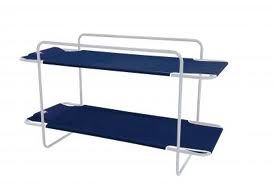 A round of applause, auteurs, for what was our Katrina – the biggest Storm in living memory, with over 160 posts. Rocking posts too, where we hand-picked romcoms, anthems, sci-fi franchises for their inbuilt signposts, turning the familiar into the freaky.

One side-note: the reason wonderful Henry Thoreau missed a mention below is due to a subtle hiccup in the anagram racket. (Sorry, I should have flagged this lapse earlier.) But when mixing a phrase or title that includes THE – or any article, or incidental term – you can’t reuse the same word in your anagram. Seems strict I know, but it’s an unwritten rule of crosswording. (Hope Henry handles the tip in a philosophical fashion – and applies the advice for next time.)

So, not knowing who’s who, but only your creative avatars, I hereby unfurl the week’s credits, with the last three my Oscar nominations. Feel free to differ, and place your votes to determine our champion of the people.

Be diehards = BRIDESHEAD REVISITED [This was so close to podium, Ivan Reitman, I’m almost feeling sheepish about it. Sterling makeover.]

Involves heart = HAMMERS OVER THE ANVIL [Billy Wilder should be wilder, missing a medal with this marvel too. It’s ingenious, a super-smart rendition, with only the film’ obscurity keeping the garlands at bay.]

Homage artiste and T.V. ad vied = MARGARET AND DAVID AT THE MOVIES [Billy the Kid strikes again, with a timely title, and a clever embedded anagind.]

Road Film = DIAL M FOR MURDER [All hail Alfred Hitchcock. Not sold on murder as a signpost, but the title’s outcome is glorious.]

Gee! He was stole = [POP! GOES THE WEASEL [More bite. A dodgy signpost again, I reckon, but thinking of stole as an accessory, this is a funny blend.]

Enema Grottoes = FRIED GREEN TOMATOES [Yes, the full title involves the Whistle-Stop Cafe. Yes, this is tasteless. But Yahoo captures the syrupy ageism, with an excellent signpost too.]

Not reliable = INTOLERABLE CRUELTY [If you’ve ever seen this underwhelming film, for a Cohen flick at least, you’ll see how clever Spike Milligan is being. Ever character lets you down!]

SECOND PRIZE: Think, dear = DANCING IN THE DARK [This title breaks a precedent, as I went beyond Nash’s submitted five to anoint this wonderful rendition. Can’t promise I’ll do that every Storm – but the cautionary comedy here is too golden to ignore.]

FIRST PRIZE: Anatomic bunk = BROKEBACK MOUNTAIN [Just like a double bunk, this works on two levels – and both of them lofty. Brilliant bigotry from Oliver Stone.]

A special salute to Stanley Kubrick. OK, so he did breach that Reuse Rule (recycling a few small words in the original title), his sheer ambition needs its own nod, namely: In the movies Bogart’s blood – orange or yellow. On the TV – prawn red = DR STRANGELOVE OR HOW I LEARNED TO STOP WORRYING AND LOVE THE BOMB

Or do we have a creative disagreement? By all means lodge your votes below – and your true identities! Meanwhile, stand up and applaud yourselves. The Academy is officially astounded at both response and quality. Bravo, and bring on a new tempest Tuesday.