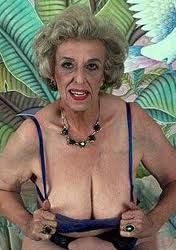 Every season on this blog, as regulars will know, I run a series called Clues of Repute, being the pick of those last three months. So many good clues, so little time – and so hard to isolate your favourite ever.

So I won’t be nasty. We all have multiple favourites. But what say we whittle them down to a handful, those clues you still mentally revisit and appreciate. Martin Pooley, an occasional surfer to these pages, sent in his favourite Times clue over the wire. And I must admit, the clue is splendid:

Reading Johnathon Crowther’s The A-to-Z of Crosswords, one pet clue that recurs among several of the setters interviewed was a clue contest winner for BRAINWASH:

(Think about it. That’s almost too good, you miss it.)

Our good mate Loroso (aka Anax) puts forward another gem, this one for CAPTURE:

And while we’re talking &lits, I’d like to nominate Puck’s kapow for THOREAU:

And another I consider exquisite is Paul’s timely container for BUCKLE UNDER:

Collapse with universal investment in US bank?

While I will always cherish Henry Hook’s delection deception for ROTTING:

Putrid and divine. The forum is open for your own nominees.