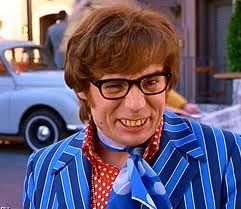 How-do, crew. A few tweaks and changes currently in progress, as you may have noticed. Recent posts now warrant their own scroll, just so you can keep tabs across several fora. (Or should that just be forums: discuss.)

Soon a Preview Post gizmo will be at your disposal, as well as the possibility of a Search Site function. Because here at DA Central, your customer satisfaction is important to us. To that end, let us know how much better your surfing life has become – or not – as a result of this ongoing reno. As well as any more ideas while the webmistress is under the hood – and keep them nice.