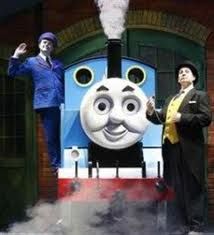 All aboard for the Ghan Jury Prizes, where we hand out trinkets to the best five clues, in both the VIP (applied) and GP (kind) sections. Once more, I found it hard to separate wonderful from wondrous. In particular the VIP class for Katherine was a gala of greatness, a three-way tie my only escape.

So just because your name doesn’t crop up often, doesn’t mean your stuff wasn’t given lavish scrutiny, including newbie One Wheel – but in the end I tried to pick one winner per stop, and failed most times. So here they come down the track, the GP leg first:

PORT AUGUSTA (GP): Wine month – onto third glass [LR, hic. A humdinger too. Special mention to Mauve for his gold rush and RM’s sugar, tarnished by an iffy signpost]

COOBER PEDY (GP): Proceed by oxygen circulation [Mauve gets down and physiognomic, with Honours. And a nod to Mr X, despite a redundant ‘a’.]

KATHERINE (GP): A female heir taken cruelly […by croc, dg? His anagram was just as sweet as…]

KATHERINE (GP): Roundabout near Keith [JD knows her geography, as Keith is a SA town, so keeping the story regional. A nod too to RV’s belt.]

COOBER PEDY (VIP): Importing drug (dope), Corby is busted [When travelling, RK chooses to stay at the Bangkok Hilton. A dazzler. Almost as good is Boniface’s probe, so to speak.]

KULGERA (VIP): Regular experimentation turns a river into potassium [Again Mr X succumbs to a spare ‘a’, but the idea – and story – are ingenious. Mention also to LR, who was slightly ill-served by served as a sound signpost. Distributed? Circulated?]

ALICE SPRINGS (VIP): Aligns prices around central setting [Mauve on the trading floor, gaining ground, with a seemly inclusion of the definition too.]

KATHERINE (VIP): Two cards, neither wild [This clue from RK, in tandem with LR’s polar cap, were the Storm’s best. So good I’m envious. But I must make a fuss over…]