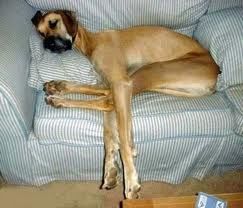 New York Times compiler, Paul Hunsberg cooked up a splendid theme last week. He called his puzzle, ENTWISTED, which meant the letter N, when twisted, became a Z. And what a riot he had with that gimmick, creating such answers as GREAT DAZE, KIDZAPPER and EMPTY ZESTER.

I’ve kept the idea rolling with these two-way clues, combining both the N word, and its Z outcome. For example, if Blacklist Luhrmann (3) is BAN BAZ, what are these others?

Can you extend the list to zap our noodles?