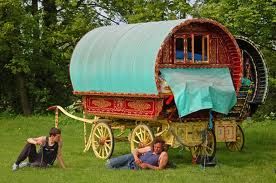 Riding that Hume today, aiming for Wangaratta tonight – a road movie in search of a producer. Just imagine, a Tarago full of authors and artistes, playing the most erudite game of I Spy on the highway. The gig is a duet with singer and soul sister Jane Clifton, who knows all about the open road. Her latest publication – The Address Book – is a travelogue tracing her 32 previous addresses, from Gibraltar to Malaysia.

Tried doing a count of my own historic digs, anywhere I’ve stayed for more a month plus, and the tally would probably nudge 20. A drafted list:

Twenty-five in fact, a couch potato compared to Jane’s gypsydom. Do we have a higher bidder in the forum? Rather than the fully Monty, just throw us the best exotica (anywhere you’ve stayed for a month-plus), and your total.

All this is my roundabout way of saying I’m on the move these next few days, then off to Indonesia on Saturday for a 10 day break. (Am I fleeing the backlash of Radar Trap being swapped for my own variety quiz called Metrohead in the Herald? Not a jot. The new feature will be fun to compose, and dismantle – though plenty of Trap fans will be mutinous, naturally.) In my absence, the blog will be active with plenty of pre-loads, just no Storms or DA commentary as solace. But ample distraction coming your way – promise.