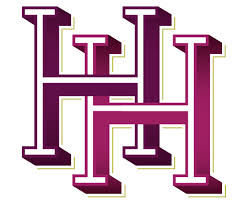 Holy hell, how hard and harrowing was our H hoedown this week? Not too hectic, but we did haul in some highly handsome handiwork.

To cut to the chase, and hoick those H-words, I will offer a handful of musings, and then declare the book-winning pair.

Firstly, a warning from Rupert I enjoyed:

IRIS - Inside stir isn't the place to eye muscle

Then the devilry of jpr's CAMBER/well, clued as Rush home. That makes my Friday skulduggery seem like Cluedo.

Further credit to Rupert for his Arepo reference for SOWER - a meta-allusion for all genuine crossword geeks, as well as his lingerie comedy:

I thrilled to SK's innovation, using 'quick' in the sense of essence:

Genius idea, and an Anaxesque execution. Equally good was the CS double - with two smile-triggering clues, both original in their approach:

FARTING - Some of art in Guggenheim causing a stink

Very close to seizing the prize, but for sheer outrage and originality, I could not ignore Jon's deja-vu two that used without in contrary ways to present the epitome of ambiguity:

Stunning deception, and a classy response to a dual clue challenge. Congratz to that hero, and hail all hands who had a whirl. (Jon, if you can let me know your best snail, I will send H Factor your way.) Thanks everyone for the hoot.