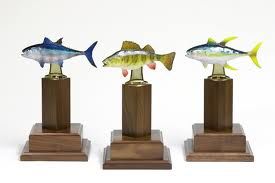 Fish songs: the storm you have when you don’t have a storm…

What a maelstrom this quick-fish-song-thingo proved to be – with 30 posts and 70 piscine tracks, from Flake, Rattle & Roll [PRS] to newcomer Jodie R’s Cod Save the Queen.

And an extra shout to xobhcnul too – the moray I see his work, the moray I like. Though with brevity as tyrant, and a code-maker’s need for a neat spread of alphabet, I reeled in these nine for a future Trap:

And a certificate of consolation for the louche Sexual Eeling – another X-factor. Ling, ling – thanks for the call, one & all.