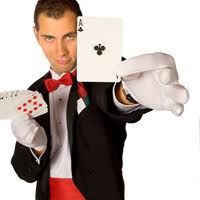 Been a fair bit of huhing going on around here. In my kitchen anyhow, unpacking some mighty fine offerings from The G and Times.

So then, here are five clues I can’t dig – plus an American stumper to finish. If some kind soul can explain what I’m missing, I’d be indebted. (And then let’s clue these same words for bragging rights.)

AMERICANA – Can you spot the hidden theme shared by these three key entries: GUTENBERG BIBLE, AMICABLE DIVORCE, IS THIS YOUR CARD?