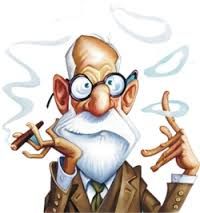 This could be some kind of record, where one crossword has offered five resounding Huhs. (These are the clues that still bewilder, even after they’ve been solved.)

I’m attempting the Times Tally, entering the early 90s this week – though a recent puzzle nearly threatened the ton, namely the notable Times 10,000. A fine milestone, but a bugger of a puzzle, entailing these four head-scratchers below.

Can you explain how they work? And can you compose a sleeker clue for any of the same solutions?

Any insights, and renewed delights, most welcome.