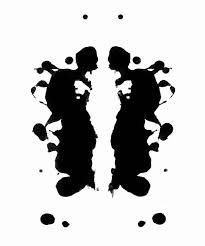 As predicted, the judging of this prize Storm was no picnic. The influx was modest by historic standards, though the benchmark was high.

A note for new Stormers – please decode your trickier recipes so your craft is luminous. And second, please submit your own final selections! One of the best entries went to Clark Nova (see below) despite that player skipping the latter phase. Just pick your pet entries before deadline – it helps the end-game no end.

So then, who wins? I loved the ambition of Pen & Ink, toying round with ZUSAK. David Agnew’s nude pervert made me rethink Dune. Dahl’s Chickens almost won for his alias alone, while Dickens Smith showed genuine mastery of the dreaded ‘dots’. But there were three clear podium occupants for mine. In ascending order:

POE – Spooner’s even…
THE RAVEN – …better than ever! [Clark Nova constructs a sublime splice]

A.B. FACEY – Flathead and dab found in Broken Bay
A FORTUNATE LIFE – Twist of fate, not failure?! [Far from dreadful Penny went ker-ching with her splendid fishing trope, and then a killer &lit anagram. As a pro-cluer, and one-time Nib II, I’m envious of both.]

Congratz to all scribes, and hip-hip Penny for winning The Missing Ink by Philip Hensher. Kindly unmask yourself at your convenience and I will send on the prize. It’s a great read. Thanks for the showdown.