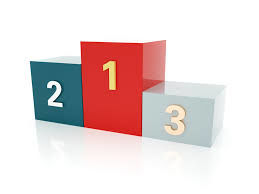 Time for the results and rosettes for last week's Storm, dealing with anagram pairs as clues, and as possible rhymes. The winner was the player to excel in both categories - a verbal biathlon.

Al in all, we enjoyed almost 50 entries from the likes of Mr Merits, Begin Binge, Elvis Lives and teammate. A few notes on notables in Category 1 - the Clues:

TEASER - I ate a serve, a morsel, a bite-sized chunk (Deft hidden from Bare Bear)

In Category 2, quite a few nuggets shone, including:

WHAT/THAW & ROT/TOR (OK, they were mine, but I liked how the pairs owned disparate lettering.)

PESTO/TOPES & PRESTO/TROPES (my favourite foursome, from the the elegant teammate)

But the dabbler to achieve the best double, scoring high in both categories [cue drumroll] was the hexapod among us - Nicest Insect - who magicked this combo:

'Congrants' to the buggy one - who could well be Ray again - and thanks to all players who dared to put their mind around this contorted challenge. A copy of Trench Slang will be zipped to the creepy-crawly in question.