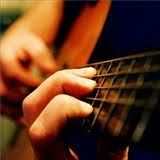 Just been reminded from a musical speculator that tomorrow (Tuesday 23/11) is the scheduled air-date for my chat with Margaret Throsby. For those not familiar with Margaret’s encounters on Classic FM, the interview is shaped around five songs, or musical pieces, selected by the guest. Ah yes, but which five did I choose?

Realistically, unless you happen to be one of my former co-drivers along life’s winding highway, you have no earthly chance of stabbing correctly. To quote our speculator:

All honest guesses – though neither Enya nor an alleged guitar hero, Mr Maryland win the gig. Nor could I argue Radiohead (a current obsession) onto an easy-listening wavelength. However I did throw in one rocky tune, one classic (and yes a Mum favourite!), plus three andante numbers from charts of yore, each with their own memory triggers. In fact these last three represent three continents – but not four seasons.

So we can play this game two ways. With those flimsy clues – see how close your guesstimates fall. Or take a more maverick approach – what five choices have a secret cryptic link? Either way, go loony in the Tune Department, and let’s see how cryptic, or prescient, you are.

By the way, the Margaret chat is slated for 10am on the ABC Classic stream, though a podcast can be poached a few hours after the event. Hope you enjoy the words, if not the music.