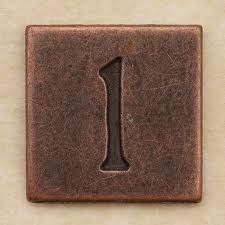 Our latest Storm was bigger than a sumo chocoholic, where all players crafted ten clues for a 5x5 word square. To spice the formula, we also took on pseudonyms, relating to squares, and I still don’t know the identity of the real setters milling on the podium.

But before we get to the prizes, a few notes. This was bloody hard to judge. You lot are getting too silken. Too innovative. Stop it. A judge’s life has seldom been so fraught, with over 16 players in the ruckus, all of you contriving some genuine magic. To a point I’m suffering job insecurity.

Among the clues, I applaud the Decalogue approach of i – the winner if integral theme was the goal. I’m likewise wowed by such radical whims as The U Tile’s TENET (Cross-eyed 10/10 vision) or T’s TENET, namely an allusion to the SATOR Stone (almost a whole chapter in Puzzled). Other clues stood out for reasons of similar brio, but I felt the burden to choose those clues that met the demands of the published page – fair definition, fresh and lucid wordplay, and a deft surface. Which is why the winning clues read like so:

ROUSE – Got up, turn in, get up [Like no other clue, Gridlock summarises our working week. I adore this clue.]

FLEET – Swift legends about Lilliputian capital? [That’s right. A tie. You may notice I added a question mark to Quadrille’s original, to warn solvers about the licence of legends – but the use of Swift in particular is inspired.]

SCARF – Stole crack off gangster? [Not the most original approach – we actually had four Scarface allusions – but Quadrille does it the best by daylight.]

CAROL – Introductory Christmas anthem rings out loud! [Box Brownie cashes in on the code formula, in what was our weakest word. Close was Pants with Brady tune, perhaps]

ENSUE – Follow up beaut singer regularly [Peg gets the posy for avoiding the ensure cliché, and creating a snug Copacabana vibe]

TENET – Rule of thumb initially worried teen [Elegant surface from squared circle, who latched onto idiom with pizzazz. Some fierce competition from The U Tile and Hip in this bracket.]

To get down and numerical about this week’s square-off, our winner is Quadrille (who outed himself as Boniface), with the enigmatic Peg second and Hip (for one clue, plus one notable mention) completing the podium. A superb contest. Let me pat you all squarely on the backs. And feel free to unmask your clever selves – or comment on the verdict – in the Comments.