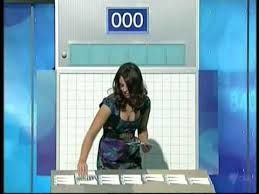 Melbourne bods, if you’re not so hooked on Q&A, Big Bang reruns or Embarrassing Fat Bodies, then perhaps I have the entertainment alternative. At 9.45 this evening, I’ll be taking my battle-worn, dog-eared Macquarie from its plinth into Late Night Letters & Numbers at the Town Hall. And if that won’t stir you from the couch, then come see Lawrence Leung impersonate Lily Serna at the very least.

In other news, I’m copping a dental drill this morning, and then off to play with words at the U3A in Doncaster. A busy day of fillings, follies and fill-ins.

Wordwise, I came across this site of British bingo slang, with David Beckham (7) and Cameron’s Den (Number 10), and wondered if there were any Australian additions we could make? Not just rhyming slang, but any cultural references to numbers? Collingwood six-footer (59)? Baggy Green (11)?

As for my Times Quest, if WIFI is not part of Saturday’s challenge, then I’m back to square one this Monday, having stalled late last week. Oh well. Better to slip now than later. The challenge to join the brain-game remains open. Can we solve a soaring tally of Times in a row?