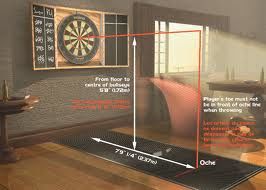 Just a few ticks of the clock before we send this shortlist across the ocean. As you’ll see, I’ve done my best to draft what seems the Storm consensus, the best three clues per player. Take a good gander this morning – your last chance – and see if these selections agree with your own take.

If I’ve chosen the wrong clue, the wrong wording, let me know ASAP. (Ideally we’ll send the correct list by noon, giving Loroso every chance to muse the clues in la campagnia. If I hear back from all players, I will – otherwise the announced deadline of 2pm will apply.)

Been a blast of a Storm by the way, a fitting way to celebrate ½ a blog birthday. Thanks for the stellar response, both as creators and cohorts: your contributions went far beyond the oche, a generous phernudge in fact. Cheers.

(PS – when sent, this same list will drop all setters' names, and present the 31 clues in alphabetical order. The rest is over to Anax – when he can find the time and signal.) So, the list:

[Mr X, I’d swap this last one for your NEPENTHE: One pen, the pens that wipe memory]

Philth
HAFIZ: Report has held back if he’s a Koran buff
NEPENTHE: Elixir recipe: ethene with traces of nitrogen and phosphorus
MYRMIDON: Sidekick lost my nimrod

A shout as well to Anthony Douglas and Alec Ihm for their contributions. This was a Storm of soaring feats, and not every clue or tangent could make the cut. Though all efforts and drafts have been warmly appreciated.