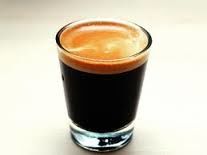 Before you click on CB's guest grid, I think it's only polite we meet the man (and mind) behind the creation. Breaker, breaker - I give you CB:

I started dabbling in the cryptic when I was about 21. I met Siobhan (SL) through work and got both guidance and the camaraderie of knowing another solver. Pretty soon we were doing a cryptic race every Monday, much more fun than actually working. I made my way through the Fairfax week to DA on Friday, then The Times, The Guardian, and eventually decided to give setting a go.

2. When not crafting clues, who is this puzzle fiend called CB?

I'm a former postmodernist literature student, now getting to grips with the (slightly) less esoteric world of editing and publishing. If I'm not grappling with grids I might be trying to make some music or at a Cats AFL game (desperately hoping Hawthorn don't make it four in a row...)

3. Tell us 3 curious facts about yourself – one of which is a fib.

1. I helped translate for a Spice Girl backstage at a concert in France.

2. I was arrested for accidentally trespassing on a South Korean sandcastle exhibition.

3. I saw a state-sanctioned Putin impersonator do a dance routine in Red Square.  [DA: My money's on this one. Where's yours?]

4. If you ended up on Einstein Factor, what’d be you special topic?

Either the Beatles or Kanye West.

5. Favourite 3 clues of the past – including of your own.

CERBERUS: D-d-dog? (Anax I think) I'm a big fan of a cheeky rebus when it's done well.

LITTLE CREATURES: Drunk old brit capsized lost treasure in brewery (DA) I came across this clue as I was just starting to solve DA's grids, and the theme it indicated (turning animals into their baby versions to put into the grid) was heaps of fun and gave me a sense of the scope for semantic skullduggery in the cryptic form.

SALAD DAYS: Aladdin airs in prime time? (And one of mine that I was pretty happy with) [DA: so you should be. It's ingenious.]

6. Tell us a little about The Cruciverbalist magazine.

SL and I have met lots of people who are interested in doing the cryptic but consider it an unattainable skill so we've tried to make our magazine and website accessible to beginners as well as veterans. In conjunction with the seminars we've run, teaching the basics to would-be solvers, The Cruciverbalist is meant to broaden the cryptic audience by celebrating pop culture, general vulgarity, and non-traditional clues. From a compiler's perspective, given Australia's relatively small cryptic world, we're hoping to provide a new platform for amateur setters to get their work out there to a bigger audience.

7. What can we expect of your selected puzzle? Without blabbing spoilers, how did you find the making and clueing of it?

This puzzle is a themed one which will hopefully strike a good balance of enjoyment and difficulty. Overall the clues have a bit of libertarian streak, and hopefully a few interesting sleights.  Clueing this grid, and writing clues on this site, has proved a continual learning process. It's great to find out what works from the solver's perspective. I've also found that some of the best clues can come out of nowhere from an answer that didn't seem to promise much, or a sudden new idea; 11-across in this puzzle was one of those.

Thanks CB - and congrats on the mag. Solvers - click the link above and let the neural yoga begin. Share your thoughts (and bio theories) in the forum below.