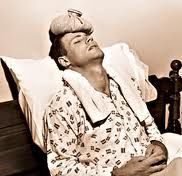 Was it me? Maybe I woke up feeling grumpy, but a month back, Times 8971 really rubbed me the wrong way. In fact it debbur me, with three Meh clues in a single puzzle.

For newcomers, Meh looks at clues that don’t measure up, for reasons I explore below. If you agree, then amen. If you don’t, then mount a counter-claim. Either way, see if you can concoct a slicker alternative – I dare you.