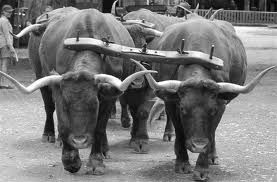 Seems only balanced, after picking out the best clues of last year, that I put forward some clunkers. At least, that’s how I viewed this lot, six clues that needed a little rework for reasons I outline in brackets. Take a look and see if you agree. Share your views in the forum, and by all means have a dip at drafting your new-and-improved clues for the same answers.