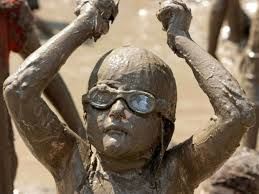 You know I’m a fan of Paul (or Mudd as John Halpern is known in the Financial Times.) But even he can stray into the realm of Meh, those crummy clues which should remain on the drawing board.

Take a look at this latest batch, culled from Brit sources. See if my beefs are warranted, or whether I’m just Mudd-slinging. Give us your counter-arguments too, by all means. (And can you compose sweeter clues for any of these same solutions?)

Argue or agree in the Forum. And who can make a zingier clue for any of the seven answers?