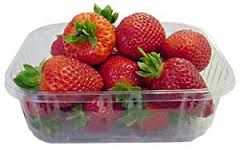 For those unfamiliar with the Meh category (and it has been over a year!), then this is where I parade a set of clues that seem weak or wanting in some capacity.

I know it's a risky practice, speaking as a compiler, but just as I can cop my lumps, so should other setters get their tut-tuts. All in the name of making better clues, of course, which is what you're invited to do, using the same solutions below. (As well as decide whether I'm being overly harsh in any case.) Enjoy the debate, and the create.

1. What a Saudi adulterer wouldn’t volunteer is WOW = STONE ME  (This from Sunday Times 928 fails both the taste test & hookworm test, where the wordplay echoes the definiton.)

4. European office workers sample food from bakery = DANISH PASTRY (See? This from Nutmeg in the G)

6. Use any method to be awkward = UNEASY (Not sure the puzzle, or the signpost.)

8. Board are agreed in France and Germany = OUIJA (Phssthpok in the Financial Times gives us the etymology of the answer as wordplay.)

Unfair? And who will deliver the flair?