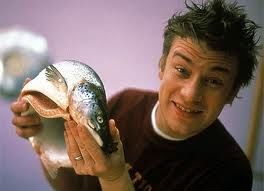 While Oscars and Golden Globes are threatening to litter Tinsel Town, the time seems ripe to hand out some Meh Awards – the cryptic Razzies for turkey clues. Boniface in fact, a blog regular, reckons he found a Triple Meh in the shape of an Aardvark clue from the Financial Times a few weeks back:

(1) Most importantly, ¾ of cooker’s to be used during a party = ABOVE ALL

Quoting Boniface: “But a cooker is a stove, not an oven. Even under a very liberal view of “cooker” as anything that cooks (thereby including oven along with Jamie Oliver and the Federal Treasurer), the clue is clunky, lazy (or, at best, uninspired) and could have been so much better… triple Meh in my view!”

Do you agree? Can you cook up a better clue? Or check out these other six – all underwhelming in some regard, I reckon. Are you on the same page, or can the clues be defended? And what’s a neater clue anyway?

2) Being up before court, naked emperor stays silent initially = ERECTNESS [Puck, is that the best you do for the NESS segment?]

3) Lack of activity from lion, zebra, taiga – nothing odd there? = INERTIA [Again from Puck, the same puzzle in fact, and a forerunner for most ridiculous clue of 2011.]

4) Serbian resisting kitchen dresser = CHETNIK [A Double Meh for mine, from the Puckster again. Dresser is a shabby signpost, and Chetnik as an answer is plain esoterik.]

5) Happy and carefree loved one packs lacy pants = HALCYON [Times 8899. Another subpar signpost in PANTS, while HON as loved one is pushing the friendship a tad.]

6) Canine tears round son to get snack = CRISPS [Flimsy. Since when does canine equal C? Do we need a dental diploma to fill the gaps?]

Um, you know the drill. Post your clue views here, and suggest a few finer redrafts, should the Muse move.