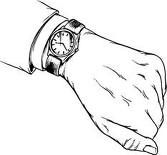 For our latest storm, we had to choose a word like MERIT and break it down, letter per letter, to make a string of four –letter words: RITE, TRIM, TIME, MIRE, TERM, with each outcome spawning a cryptic clue. As for the task of assessing merit, I went by tick-tally, where the most ticks per cluster would go to signal the best cluester, as LR first misread! If the count was on par, I looked more deeply at clue niceties, and the touches of elegance in the breakdown.

Just as a side-note, I wish to encourage RV and SB, whose monograms don’t appear on the MERIT board, but only because the definition dimensions among some of their clues was absent, or muted. Just a hint for future clue storms, as your wordplay is well up to speed.

Also adored some scattergun clues, like Sam’s LEWD, RK’s BEAST, Bon’s MARC – but this was all about your ensemble. So without getting stuck in the MIRE of more TIME, here are the best among our dozen Dream Teamers:

Bronze to RM for TROPE – if not for a double-dip into the Hidden recipe, this may have snuck an extra rung:

TROPE: Otherwise inept, returning cliche [great opener!]
ROPE: Maybe Manila is most of continent
POET: Literary type who wrote The Raven and The Beginning
PERT: Vivacious members of Supertramp [cute]
TORE: Start exercise after most of torso is ripped
PORT: Drink served in cup or tumbler

Silver to be shared by SK and LR, for LOTUS and SABRE respectively. As they appeared:

LOTUS: After all, we are in a healthy position [hearty beginning]
OUTS: Reveals nothing before opening of underwear trade show
SLUT: She can’t control her lust! [hard to ignore that hoary anagram]
SOUL: Being one to listen [exquisite]
LOTS: Blocks essential pilot scheme [a topical kapow]
LOUT: Carbon tax on power in your ‘hood?

And scoring her first gold, and possibly her first lofty placing fullstop, is Peta with a compact and competent tribute to the BRIDE:

Congratz to a cleanskin victory – let’s hope Peta’s triumph is a Cadel prelude for tonight’s time trial. Thanks for the dreaming, and the teamwork. Good to be back among your sharp minds. New Storm next Tuesday.