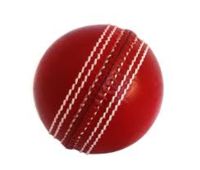 Here’s an idea. Instead of devising clues for this current lot of cricketers, let’s chop and change the names around. That way we make unique characters, and scintillating clues, in theory.

The game is simple. Choose a first name from the Poms XI (below) and match it with an Aussie surname. Then reverse the process, choosing an Australian first name to sit beside a Brit surname. ASHTON BELL, for example, could be: Honest ball tweaked. Or STEVE STARC may inspire: Crave Test’s denouement.

Make as many combos as you like, always selecting one element from each team, but come Thursday arvo, after 1pm, we only submit two clues, an example of each direction. For voting, sending your scores to DA Email, we’ll go with a 3/2/1 for each category: UK/Oz, then Oz/UK. May you get the rub of the green.

Cut, slice, chop, change, and see who wins the series. Oh, and use a spliced alias too – half-English, half-Australian from yore. Your turn.