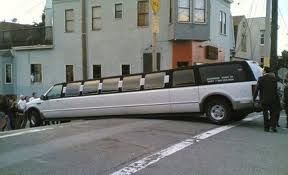 All this week we’ve been crafting short and punchy clues. That’s the art, right? Keep It Succinct, Stupid. But now and then, setters gush. They blab. They go on.

If you find one of my clues exceeding ten words, there’s a good reason. Maybe the answer is lengthy, and just needs a few more elements to get there. Or the wordplay is snaky. Or maybe the clue needs an extra beat, a cosier phrase. Or maybe, like now, I’m banging on.

So that’s the topic of Saturday’s Wordplay – good clues getting to the point, while disguising the point. But the real fun in writing the column is exposing some long, long clues. A quote clue from Araucaria tops the bill at 37 words, while a real clunker is a 26-worder for ICE-PICK.

If interest is high, I’ll run the column here next week. Meanwhile, enjoy these four talkathons from the past. The first stems from a 1935 Guardian:

Next two from 1965 collection by John Sullivan:

Sounds like the dwelling place you let someone have temporarily. Try taking milk of magnesia! = FLATULENT [which says it all]

Have you come across a long-long clue in your solving? Don’t be shy. Share the gabfest here! Or choose a horse (just ONE please – OK, two only) from this week’s Storm and go large with invent your own clue!