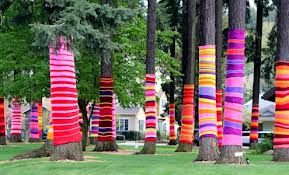 Last week we flexed our Technomite with Macquarie’s new words, converting three into clues. The winner will score a Fairfax crossword collection that includes 25 vintage DAs. But before the votes, a standing ovation to CL for turning the shemozzle into a table – thanks Chris.

The first phrase was FIRST WORLD PROBLEM. A tooth-and-nail category this one, and a difficult customer to poeticise too. But two players cleared the pack. In second place is Spamalot with 4 points/2 votes for:

While the category victor was Barista Shortage on 6/4 for a topical treat:

To Araucaria, words flirt with slow internet speed, for example

Next phrase was SILO MENTALITY which was clearer cut. Two players racked up seven points, though I believe the player who gets most primary votes is the superior. Does that seem right? So silver goes to Stagflation on 7/6 with:

But shading this peach is Tip or no Tip on 7/5:

Enmity to all is troublingly compartmentalised!

Lastly the wildcards, where one player won the roses emphatically. Before I reveal their alias, silver is shared by Artisan Bread and Barista Shortage on 9/4 apiece. Respectively their clues were:

YARN BOMBING: Rebel robbing many on the street in knitted disguise

But the category czar is Stagflation with a whopping 18/7 for DIABESITY:

Condition is by a diet!

As a humbled Paper Cut, let me treat you to a confetti cannon – and a book when you reveal your true identity. (While Fiscal Cliff – we all loved your Technomite!!) But that’s the game. Consider the new words launched.